I'm stoked to share with you all responses and action packed pictures from one of my favorite aviation connections on Instagram. His name is Brandon Foss and this guy is going places!! A real go getter, both rotary and fixed wing rated, his love for aviation and zest for life are very inspiring.
I found his responses shared interesting and insightful, reading his journey in aviation training. He's clearly a young man with a plan and on the right track to continue to achieve success in his growing aviation career. I enjoyed hearing about how a friend of his made a significant impact in his aviation growth. A big part of why I have my site and blog to share these pilot interviews is is knowing that by sharing information, tips and inspiration it serves as a catalyst to show others the possibilities in this world of Aviation! People who positively impact others lives Rock! You don't leave this plant with "stuff" you accumulate. Making a positive difference in Lives, to see others grow greater through things you may have shared, that is priceless. I also enjoyed reading his favorite spots to eat and airports.
It is my pleasure to share with you Brandon's responses and action pictures! I hope you enjoy them and draw inspiratatin from them, like I did!
I've wanted to be a pilot for as long as I can remember, don't really know exactly where it started. My first flight was a discovery flight at Spartan College of Aeronautics February of 2008. Far before this I knew I wanted to fly. My first flight towards my private pilot license was July 11th 2008. Out of Riverside KRVS in Tulsa, Oklahoma it was a Cessna 152 N9411Q which in the end would be the same aircraft I would get my PPL in on March 13th (Friday) 2009. After this I discontinued going to Spartan for a few reasons and moved back home outside Branson, MO. Which at that point I started training towards my instrument rating in a SR-22 (talk about an upgrade) and just as it goes ran out of money. Thus I would start a new adventure which would involve another aviation machine the helicopter. October 28th 2010 I had my first flight in a helicopter a R44 N7046G. Attempted to finish up adding on my private helicopter in 1 month but weather and a few other issues would push that back. On May 24th 2011 I would become a dual rated Private pilot. Stepping back to August 2010 I was connected with N55646 a PA-28 that over the years we've become best friends. This all came about from a fantastic friend of mine named Paul, the owner of the company I work for, his intentions were to help me build my time. Little does he know he's helped me more then I can ever repay him, I've added 275 hours to my total time through have access to this aircraft.  Back to flight training 2012 didn't have to much happen besides fly 646, spent that year saving money it go towards my next goal Commercial Helicopter License which I started February 20th 2013 and completed May 24th 2013 yes two years to the date of my private license. I would spend the rest of 2013 flying as much as I could afford which included a 22 hour cross country to Lake Havasu City, Arizona from Branson West, Missouri. Start of 2014 I flew a helicopter from Claremore, OK to Middletown, NY, then a different one back. Again 22 hours. Most recently I finished up adding on my Commercial Airplane License, which the 5th time was the charm finished up July 4th 2014. Kinda telling my whole story here. The other big thing that has happened is I'm a skydive pilot at 417 SkyDive!
My advice for fellow pilots would be don't ever stop, learn as much as you can, be nice to everyone you never know who might be willing to help you, network network network and follow your dreams! Sometime it my look daunting but remember you can't connect the dots going forward only looking back.
Would have to say the people, I've always felt like my fellow aviators as family. I've noticed that pilots a great people and always willing to help you out it's an amazing thing.
This has a couple answers first way back on my first cross country I flew from KRVS to KSWO and enjoyed the Eskimo Joes. The other would have to be Gaston 1M0 in Arkansas grass strip and very cool restaurant overlooking the White River.
I've been to a lot of cool airport over the years I've been flying. Few of my favorites include, 1M0 Gastons reason being the grass strip and the interesting traffic pattern (go with a CFI first), Walnut Ridge KARG this was a training base during WW2 which they have a cool museum just off the field and also they use to use this as a scraping operation so that was kinda cool to see (2 747s and a number of other cockpits, including the very first 777), Clark-Downtown KPLK outside of Branson, MO I have some really good aviation buddies here one gentlemen owns 28 different aircraft some very unique ones too, and last would be KFWB Branson West, MO my home airport great FBO and my hangar neighbors are awesome.
My goals in the aviation world include HEMS Pilot with the opportunity to save people's life's, right now I'm building time and having a blast doing so.
Here are a few incredible pictures from Brandon's growing aviation chapters!
In the zone! 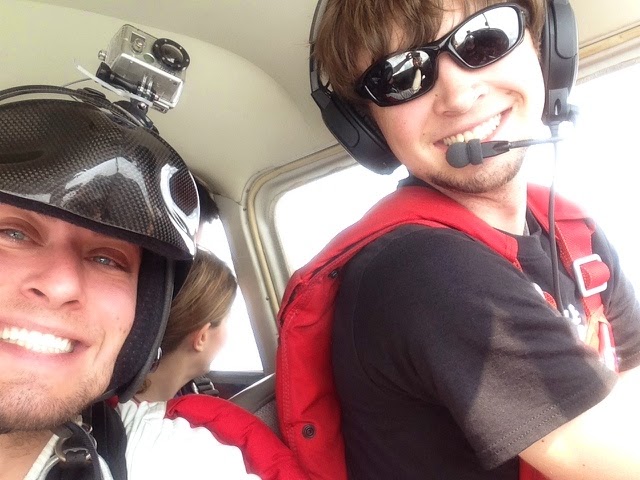 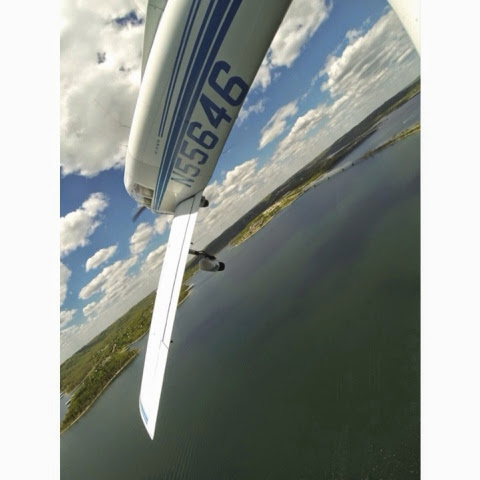 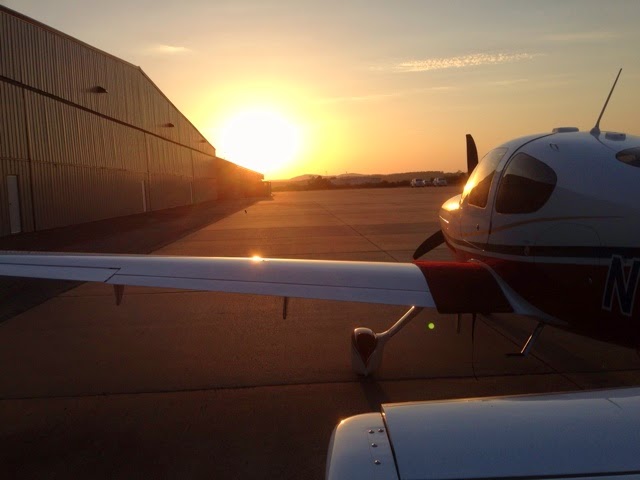 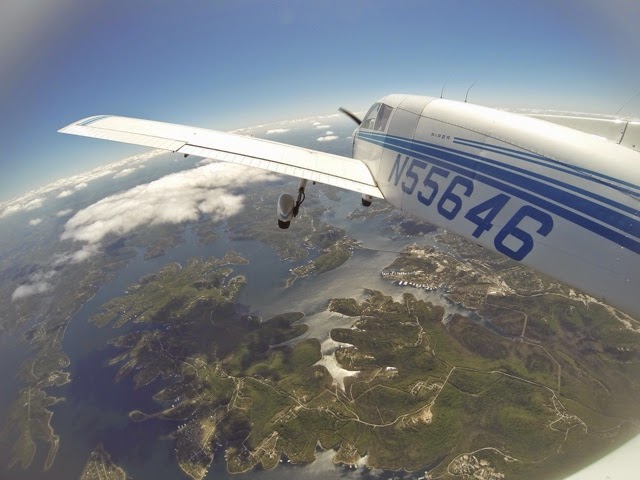 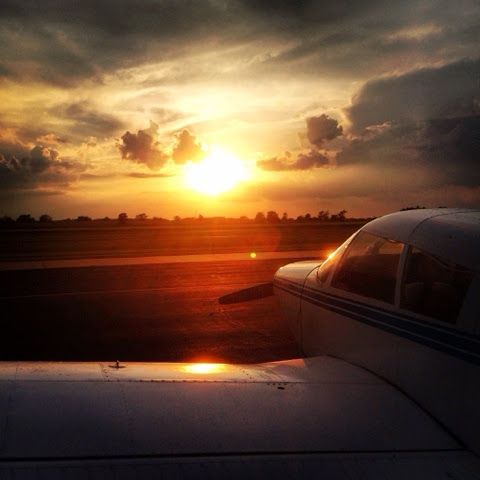 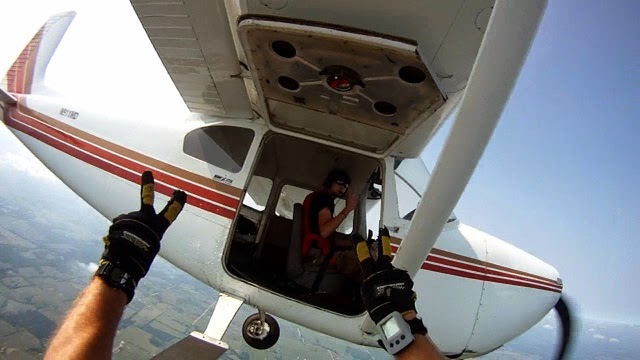 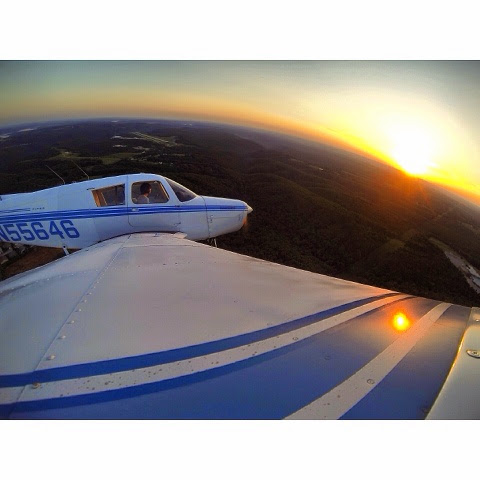 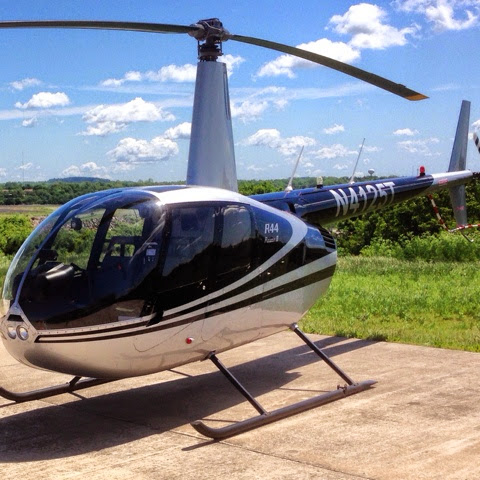 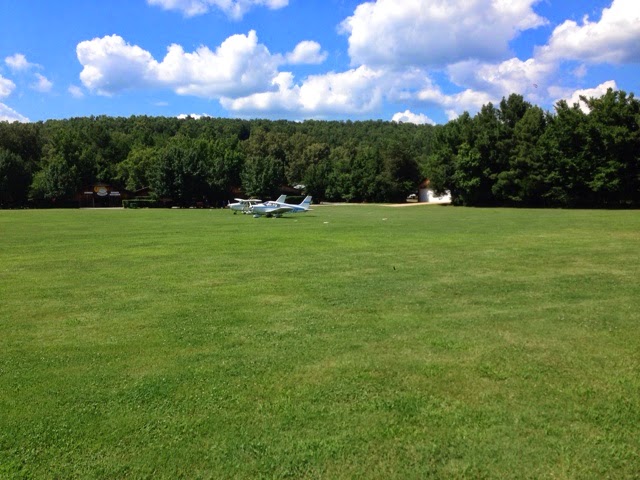 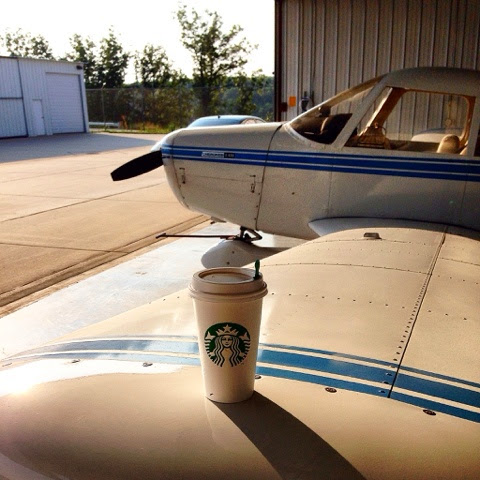 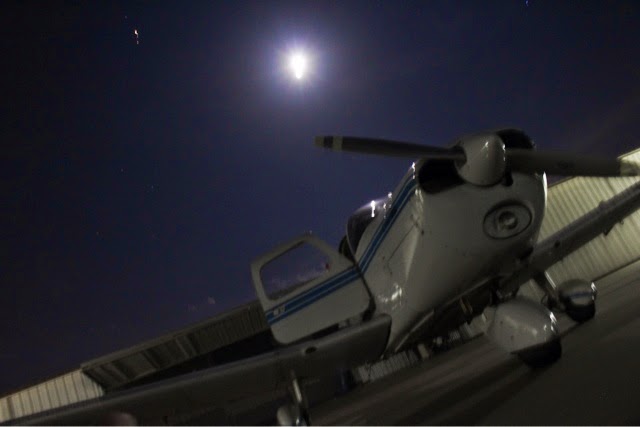 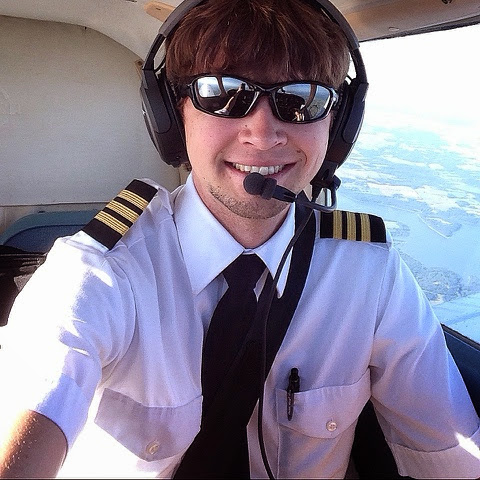 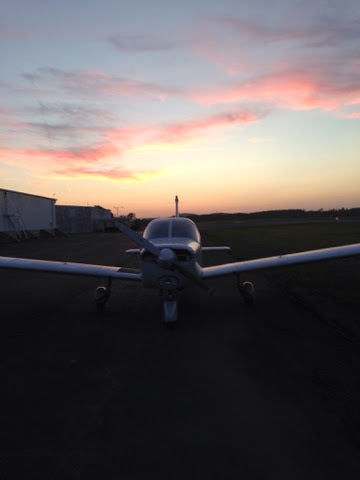 Thank you for taking the time to share your responses and these spectacular aviation pictures, Brandon. I enjoyed learning more about your avi adventures! Your passion and incredible avi shots jump out loud and clear through your posts shared on Instagram! I have no doubts that you will continue to achieve success, grow your skills/experience and meet your future aviation caterer goals with flying colors!
Keep that great attitude and zest for life! It's inspiring!! Happy and safe flying, always!!
Follow Brandon on Instagram PilotFoss
and glimpse into his exciting world of aviation experiences.
Posted by Emily at 11:47 AM

Emily
Army brat, grew up overseas. Lived Coast to Coast. Adventure is in my genes! Not satisfied by status quo. One of my favorite movie quotes sums it up, “You know what Jack Burton says at a time like this: I was born Ready!” Visit my site www.wingsconnect.com